August 06, 2020
International Beer Day happens in August on the 7th, which got us all here at Savage Scorpions wondering which beers would pair best with our edible gourmet scorpions. Thinking more about that, we realized it was a silly question because ALL beers, as well as all liquors, pair perfectly with our unique drink ingredient! (They are great added to foods too!) 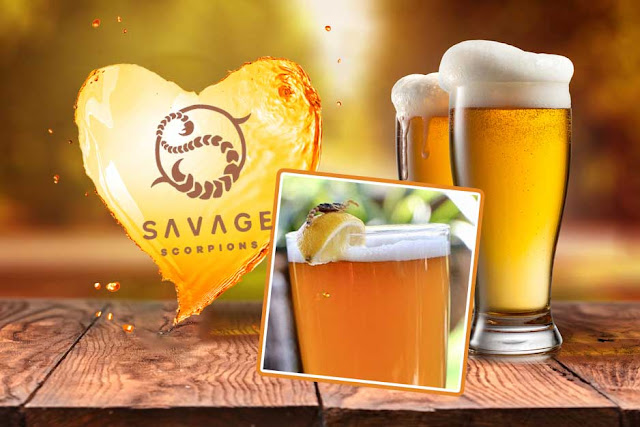 While you can easily add a Savage Scorpion to your beer of choice, the hard part is figuring out just which beer to start with. There are so many deliciously different types available, especially if you have a good craft brewery nearby. For those of you fairly new to drinking beer, or anyone longing to extend their palate beyond the average light beer, here's a cheat sheet that should give you a better idea of how some of the different types of beer may taste.

Lager
Lagers are often the first beer a person will try. Most of the biggest brand names are this type. They are known for their refreshing crispness. American lagers are light in flavor and in alcohol content.

IPA
India Pale Ales (IPA) cover a wide variety of styles of beer. They get characteristics largely from hops and other flavors that can be herbal, citrus, or fruity. The type of hops used will greatly influence the final product and is usually very prominent.

Depending on the other ingredients, IPAs can range from pure citrus in flavor to strong and bitter. IPA varieties include West Coast IPA, British IPA, and New England Style IPA. You will most likely need to try quite a few before settling on a preferred style.

Pale Ale
These can be a bit easier to drink than most IPAs. Pale Ales are usually hoppy but the alcohol content is lower. Expect a malty, medium-bodied flavor. Varieties of this type include American amber ale, American pale ale, blonde ale, and English pale ale.

Pilsner
Falling under the lager category, this type originates from the Czech Republic. A German pilsner will have a crisp flavor and be golden in color. The Czech pilsner is a bit darker than the German version and is likely to have a more prominent bitter taste. 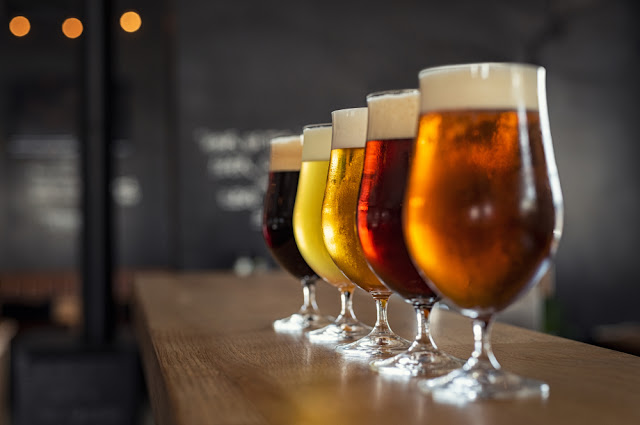 Stout
Stouts are a dark beer, giving the impression that it will be tough to drink. On the contrary, they carry a sweetness from unfermented sugars that offsets the bitterness. The actual flavor of a stout will vary depending on where it was brewed.

Ireland and England are known for sweet stouts that are low in bitterness. These slightly roasty ales should be full-bodied with a sweetness that can suggest coffee and cream. American stouts are typically strong, highly roasted, bitter, and hoppy. Often a high malt flavor present gives them a taste of coffee or dark chocolate.

Porter
This beer is also dark from ingredients like dark-roasted malts or chocolate. You're likely to get less of a coffee flavor from a porter than a stout but more of a chocolatey feel.

Wheat
The main malt ingredient in this type of beer is, obviously, wheat. It gives the drink a light color and alcohol level. Adding a slice of lemon or orange adds a nice flavor and wheat beers are typically good for combining with a fruit flavor.

Sour
Just as the name suggests, these are incredibly tart. Expect a marriage of sweet and sour with additions of fruits like cherry, raspberry, or peach. 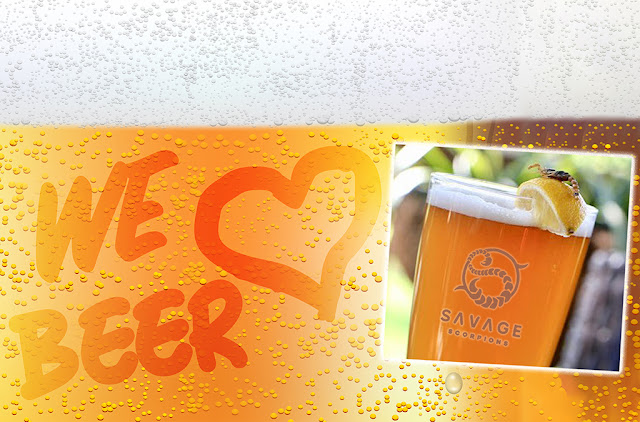 Your favorite local bar should have at least a few of these different types of beer for you to try. They may not have our unique drink garnish behind the bar yet though. Be sure to tell them to order Savage Scorpions online so that the next time you're expanding your beer palate you can make the drink a little more savage too! 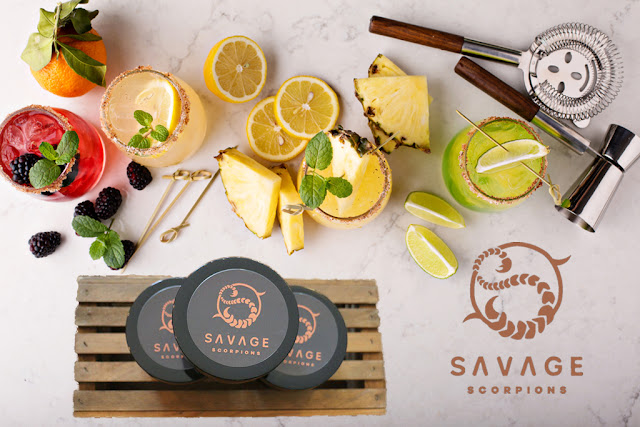 Warm weather is here most days already and with summer just a few weeks away, you'll be wanting some cool and refreshing cocktail ideas to enjoy as the days keep getting hotter. While Savage Scorpions are an excellent unique drink ingredient to add excitement to a beverage at any time of the year, mint is a perfect ingredient for an amazing summer cocktail.


Fun Facts About Mint
Mint is a beautiful, bold spring green color, it smells amazing, and it tastes great, but there's even more to this popular herb than what you already know. For example, it comes in over 30 varieties, including spearmint, peppermint, orange mint, and more. (Spearmint is usually the type used in cocktails.)

The name "mint" comes from a mythical Greek character, Minthe. She was a Naiad-nymph that fell in love with Hades, the god of the underworld, and tried to seduce him. This angered his wife, Persephone, and the goddess turned Minthe into a mint plant. 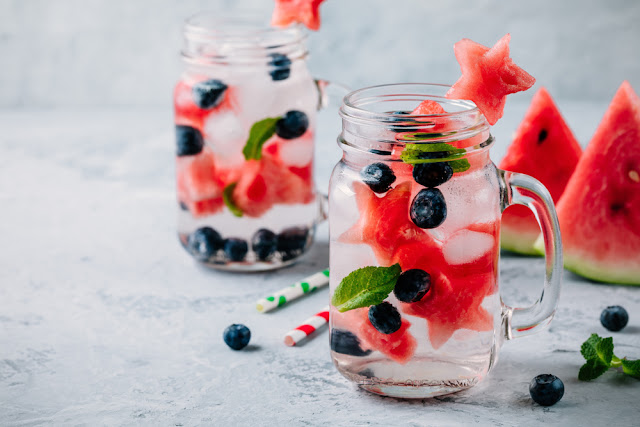 Memorial Day is coming up in just a few days, which means it is time to start thinking about the refreshing beverages you'll be serving over the holiday weekend. Savage Scorpions pulled together a few Memorial Day Drink Ideas from around the internet to inspire you.


They are all easy to make and will taste even better with the addition of one simple yet unique drink ingredient - Savage Scorpions! (Okay, they don't have to have that added, but it sure makes the drinking experience a lot more exciting!)

Watermelon Sangria
from Delish.com
Memorial Day often means picnics, and what's a picnic without watermelon? With this refreshing recipe, you get to have your watermelon and "drink" it too! It is a wonderful combination of white wine, white rum, seltzer, and a variety of fresh fruits. (Our creative drink ingredient always looks right at home mixed in among all that fruit!)

This can easily be mixed up ahead of time and served right out of the watermelon rind. Delicious…
Read more

Scorpions as a Delicacy Around the World 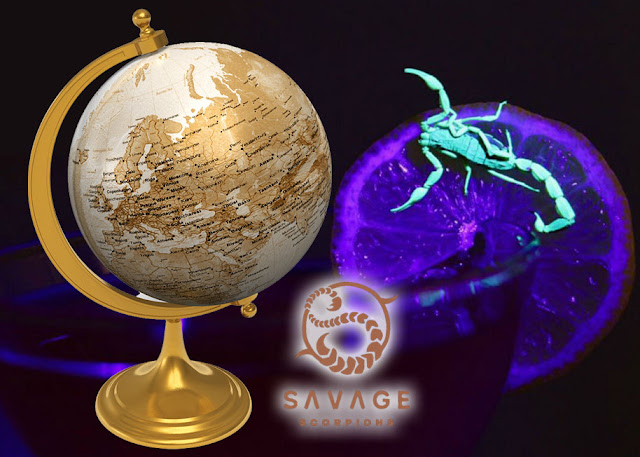 Unless you happen to be a scorpion fanatic, you probably didn't know that this intriguing creature can be found living on every continent in the world except for Antarctica. The specific scorpions that we use to provide you with scorpion shots and a fun and unique cocktail garnish come from just two places - China and Thailand.

In other countries, locals and tourists alike enjoy scorpions more commonly than we are used to. Here in the United States, our Savage Scorpions are the best way for you to get a taste of this delicacy. Our gourmet ingredient can be used in shots, cocktails, and even food. Here's a closer look at how they are enjoyed in other parts of the world.

Thailand
If you thought taking a scorpion shot was savage, people in Thailand eat their scorpions on a stick, similar to a kabob. When tourists, or anyone for that matter, eat scorpions from a street vendor, it’s important to make sure whatever vendor you buy from has removed the stinger from the tail. (Our Savag…
Read more